12 June 2012 – The Zimbabwe Power Company reports that it has signed a US$230 million memorandum of understanding (MOU) with Wapco, an Indian company, to refurbish the country’s three thermal power stations.

The memorandum also includes a feasibility study for the Gairezi hydropower station and upgrading of the Deka pumping station for Hwange power station.

The refurbishment exercise could add about 350 MW to Zimbabwe’s national grid, taking into account that the country’s thermal power stations are not operating at full capacity due to frequent technical faults associated with obsolete equipment. The country requires about 2,200 MW of electricity at peak times but currently generates between 1,200 and 1,300 MW with the remainder being imported.

Hwange thermal power station is the biggest power plant in the country with an installed capacity of 920 MW but technical problems, spare parts replacement and regular upgrading mean a number of its units are often out of service. 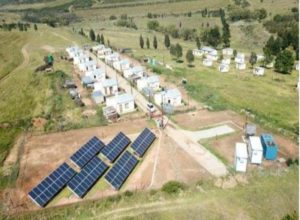