Harare, Zimbabwe — ESI-AFRICA.COM — 01 September 2011 – The government of Zimbabwe needs US$13 billion “’ about double its estimated GDP “’ to revive its dilapidated energy sector, but is still a long way from having a normal relationship with the World Bank.

Making this statement here, World Bank country director for Zimbabwe Kundhavi Kadiresan told reporters that a lack of clarity over a black empowerment push was also preventing investment in an economy that was nevertheless showing impressive growth.

“Institutions like the World Bank and others are really keen to work with the government in terms of getting this country back on track,” she said. “However, it is still a long way from a normal relationship due to arrears and lack of policy clarity.”

“Zimbabwe’s external debt has risen to US$8.8 billion, with the World Bank and the African Development Bank being owed US$2 billion of that,” Kadiresan said.

She went on to say that Zimbabwe also needed to establish a good record of sound macro-economic policies before multilateral finance institutions like the World Bank could resume lending to the southern African country. While lauding the economic progress, Kadiresan also said structural problems such as poor infrastructure and power shortages posed a long-term threat to full recovery.

“Zimbabwe needs a US$13 billion investment in the energy sector,” she said. “The road network was very good,” she added, but the maintenance has been very poor over the past 15 years and huge investment is also required for the roads.”

Zimbabwe currently generates less than 1,000 megawatts of electricity, about half of its requirements, due to frequent breakdowns at its ageing plants. 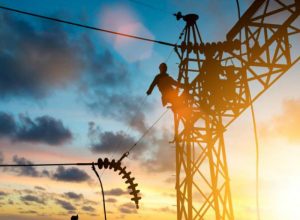