This is due to low water levels at Zimbabwe’s Kariba dam, affecting the country’s main hydro power station.

The amount of megawatts to be imported is not yet known, reports local media The Sunday Mail.

The Power and Energy Development Permanent Secretary, Partson Mbiriri, stated over the weekend that the imported power will be supplemented by a 200MW emergency power diesel plant to be installed at Dema substation in Seke, east of Zimbabwe.

He said: “We have received the report from Zambezi River Authority on the situation in Lake Kariba. We are exploring possibilities of importing power from SAPP and [state-owned power utility] ZESA is indeed approaching those utilities in SAPP that can share their power with Zimbabwe.

“There is a general willingness to share the limited resource.”

An unnamed source told The Sunday Mail that the government’s efforts to find news sources of power are to be applauded, however she stressed the need for speedy construction of the Batoka Hydro station.

“I know the government is working tirelessly to avail power during this difficult period and in the meantime government can avert a potential power crisis by importing power but there is need for the construction of Batoka hydro station to commence immediately.

“The project will ensure that even when there is no water at Kariba to generate enough power, we will have water at Batoka,” she said.

The $3 billion Batoka project is estimated to generate 2,400MW and will be located 50 km downstream of Victoria Falls. 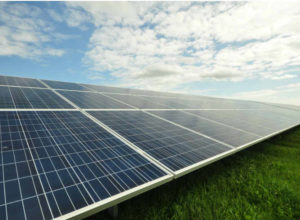