The Zimbabwe Electricity Supply Authority (ZESA) has sent a team of engineers to Italy and India for due diligence on the company which will construct the 120MW Mutare emergency power plant over the next 18 months.

Once contract negotiations are concluded, the contractor, Helcraw Electrical (Pvt) Ltd will be responsible for the engineering, procurement and construction of the project.

On completion the Mutare power plant will be powered by a dual mechanism which can either run on gas or diesel. The Feruka pipeline located near Mutare city is a definite advantage as the power plant will have access to a low cost diesel supply.

Chifamba said “I can confirm that we [have] a team that we sent to Italy and India for due diligence last week and we expect them back this week.”

“This project is the earliest we can deliver, compared to others. It is a very critical project and we cannot delay it a day longer,” he said.

The construction of the Mutare power plant is one of a number of initiatives aimed at providing emergency power supplies utilising diesel and gas to generate electricity.

Conflicting views about the costs

An unidentified engineer working on the project expressed differing views about the cost effectiveness of using diesel-powered generators.

He told the Herald, “diesel-powered generators should only be for peak hours but ours is a crisis throughout the day because we have challenges with the cheap hydro and thermal power stations. It is a matter of what is there to use[,] not cost effectiveness.

“ZESA will simply have to review their tariffs but at least people will have the much-needed commodity in their homes.”

Other ZESA projects which will run over the next 24 months include: 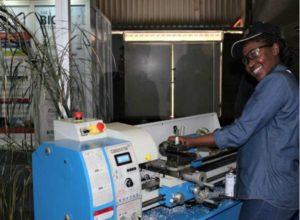