30 July 2013 – Zambian mines minister Christopher Yaluma says in a Bloomberg report that the country wants to renegotiate power supply agreements with mining companies including local units of Glencore and Vedanta Resources that it views as unfavourable.

“To continue maintaining the future of the network, we need that cost reflectivity,” he says. “If we don’t do that, where are we going to get the money, apart from huge borrowings?”

Higher costs will put pressure on Zambia’s mining industry, the largest power user, together with falling copper prices. The country needs to invest about US$5 billion to meet a power supply shortfall, according to Zesco, the state-owned electricity company.

Zambia’s government signed long-term power purchase agreements with mining companies as part of a privatisation process that began in the 1990s. The energy regulator approved a 30% electricity tariff increase for some mines in 2011.

“The contracts which were signed were not very favourable,” Yaluma says. “Whoever did that didn’t think.” It will be difficult to cancel the contracts, and the Zambian government will need consent from mining companies to renegotiate them. Current power tariffs cover about half the cost of generating electricity from new projects, Copperbelt Energy Corporation, which buys power from Zesco and sells it to the mines, says. Yaluma has called for a gradual increase in prices.

Konkola Copper Mines, Vedanta’s Zambian unit and the country’s biggest power consumer, is considering building its own coal-fired power station to shield it from rising electricity prices. Its contract with Copperbelt Energy ends in 2020.

While Zambia needs higher prices, it must also ensure electricity suppliers meet quality standards. If they don’t, they should pay financial penalties to customers for loss of business, Yaluma says. 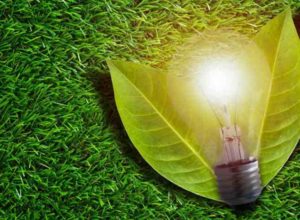 BBOXX secures a place in the 2019 Global Cleantech 100