Ndola, Zambia — ESI-AFRICA.COM — 02 November 2011 – The government of Zambia requires US$40 million to upgrade the Indeni refinery at Ndola in order to produce improved quality fuel by 2015.

Indeni managing director Maybin Noole said here that the refinery needed to bring in two components that would be installed to ensure production of petrol and diesel that was refined to particular international standards.

“We have improved production from as low as 400, 000tpa before this management took over, to what will be almost 700,000tpa by the end of this year,” he added during a visit to the plant by energy minister Chris Yaluma.

Noole said the required improvements to the plant to produce world standard fuel, had come about because major Indeni clients such as the mines no longer used the standard of diesel produced at the plant. The plant was failing to compete with some imported fuels because it did not meet the changed gas-oil-sulphur specifications.

Minister Yaluma said the government was keen to ensure that the refinery produced products that were competitive and affordable. Fuel remained an important part of everyday life for the people and the economy. 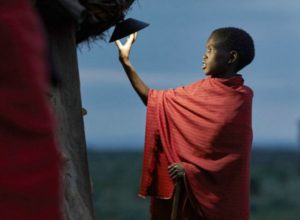