Kapata told the Lusakatimes in an interview that the project, implemented through a loan provision obtained from the Industrial Commercial Bank of China, has cost a total of $153,826,305.

He said although the contract between Zesco and the Chinese EPC contractor, TBEA Company Limited, was initially signed in September 2010, the effective contract date was on 27 November 2012.

Kapata highlighted that prior to the instigation of the project, Luapula, Muchinga and Northern provinces were supplied with power through the existing 66kv transmission line.

“However, as demand grew in these areas, the 66kv line could no longer sustain quality power supply. This resulted in the aforementioned provinces experiencing extremely low voltages,” he explained.

He further expressed confidence in the project, stating that it will increase the power transfer capacity and quality of supply to the three provinces, while improving energy-driven developmental projects.

Kapata emphasised the project’s objectives, one of which is to enhance international capacity trading with the East Africa Power Pool and Southern Africa Power Pool under the African Union/NEPAD Trans Territorial Energy Infrastructure Development.

Another objective is to provide an improved and robust information communication technology transmission corridor through the OPGW Optic Fibre cable that will boost connectivity between the East African Community and Southern African Development Community and beyond.

He said the advantages of the project will strengthen growth in the mining, agriculture, manufacturing and other sectors through the provision of reliable power supply.

“It is worth noting that with the completion of this project, all the objectives have been realised and we look forward to witnessing the growth in economic and other developmental activities in the three provinces,” he added. 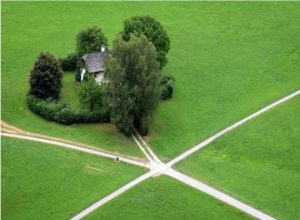 Utility Series 1: Driving change on behalf of the consumers and...