21 January 2008 – Zambia was plunged into darkness on Saturday night after the national grid collapsed. A system disturbance on the network resulted in blackouts across the entire country.

Rhodnie Sisala, Zesco managing director, said that engineers are already investigating the cause of the blackout.

"It is very difficult to take preventive measures if you don’t know what caused the particular incident. This is the reason why we have spent so much time to look at various pieces of technical information to establish what exactly happened," he said, explaining that at the time of the blackout, Kafue Gorge had four generators running and was producing 597MW, while Victoria Falls was producing 95MW.

He revealed further that two units at Kafue Gorge and one at Kariba North Bank were out of service due to rehabilitation works. In addition, there was work being done on a number of transmission lines, such as the 330Kv Leopards Hill line and the Kariba North Bank 330Kv line. He said the rest of the network, plant and equipment was in satisfactory condition.

"As Zesco we are still trying to establish what caused this major disturbance. A back-start was declared and the three major power stations at Kafue Gorge, Kariba North Bank and Victoria Falls were given authority to implement the back-start procedure," he said.

Power was restored at 03:00 on Sunday morning. 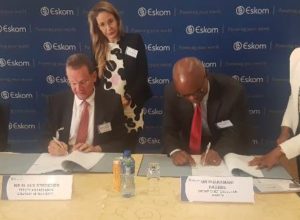