13 June 2012 – The expansion and upgrade of transmission networks has stimulated worldwide growth of the high voltage circuit breakers (HVCB) market, as rapid economic expansion and industrialisation are pushing up electricity demands. China and Russia are set to provide the biggest markets for companies looking to take advantage of the trend, according to a report by GlobalData.

The report says that increasing demand for installed capacity and electricity generation across the globe has seen many calls made for a step-up in infrastructure investments, as the power transmission sector is being increasingly relied upon to transmit high loads of electricity over long distances safely and with minimal transmission losses.

Serving reliable and safe electricity from power plants to load centres is pushing demand for better switching systems worldwide, spawning the evolution of transmission equipment such as high voltage circuit breakers. In many existing transmission systems, HVCBs have reached the end of their operational life of 25 to 30 years. Huge demand is therefore expected for the replacement of existing circuit breakers, while the retrofit market will receive an additional boost due to technological changes, as existing air blast and oil blast circuit breakers are under threat from upcoming innovative SF6 or vacuum circuit breakers.

China and Russia constitute two of the biggest HVCB markets globally, accounting for 34% and 27% of global demand respectively in 2011. Electricity consumption in China is expected to rise sharply at a cumulative average growth rate (CAGR) of 6.5%, due primarily to the new build market. With rising electricity demand, 442,842 km is expected to be added to the transmission network during 2012 to 2020.

Russia also has big investment plans to modernise its existing transmission network, which was built during the 1960-70s and desperately needs updating. As new technologies offer far better efficiency than the existing infrastructure, the replacement market will be a major driver for the Russian HVCB market, which is expected to reach a total value of US$2,484 million by 2020. 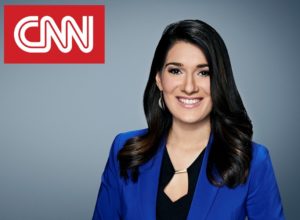