1 March 2013 – Worldwide smart meter shipments surpassed 15.4 million units in the third quarter of 2012, representing year-over-year growth of 126.9% and a 58.6% increase over the second quarter, according to the IDC Energy Insights worldwide quarterly smart meter tracker.

Growth was observed across all regions except for the Americas, as several large projects came to completion in the previous quarter. Latin and South America remain promising, but scale projects have not yet emerged to replace the decline in North American shipments.

The Asia/Pacific region grew at an astonishing rate of 516.8% year over year and 142.02% sequentially. Much of this growth can be attributed to China. Chinese utilities are beginning to equip meters deployed under previous metering tenders with communications. The Asia/Pacific region will remain a source of growth for the smart metering industry in coming years as Japan, Korea, Oceana and even south and southeast Asia begin to ramp up advanced metering infrastructure (AMI) deployments.

While the Europe, Middle East and Africa (EMEA) region exhibited growth of 54.5% year over year and 8.5% sequentially, this performance stands well below the expectations set by previous regulatory targets. Petr Stabrawa, senior research analyst at IDC Energy Insights, notes, "The current growth in Europe looks unimpressive, particularly when compared to some of the Asian markets. It is therefore not surprising that the AMI industry is becoming increasingly frustrated with Europe. At this stage, however, there are no indications that meter shipments will pick up significantly before 2014, although more tenders will be announced next year."

One trend that has developed in recent quarters is the growth of cellular AMI communications. IDC Energy Insights forecasts that cellular will reach 17% of smart meter shipments in the more mature metering markets of Europe and North America by 2016, up from less than 8% in 2012. Dean Chuang, senior research analyst for IDC Energy Insights, adds, "In some markets, such as the UK, growth in cellular will be driven by unique market needs. In other markets, declining public cellular rates and the desire to use the AMI network as common infrastructure will drive utilities to take a hard look at higher-bandwidth networks for new AMI deployments."

While many of the basic metering upgrades underway in Asia/Pacific and other emerging markets are likely to deploy power line communications (PLC), high bandwidth networks have also been deployed in other regions. For example, 3G and 4G-WiMax utility networks deployed in Australia are currently being utilised as common infrastructure for metering and distribution monitoring and control. Many of these Australian networks may eventually be displaced by fibre-to-the-premises through the Australian National Broadband Network. 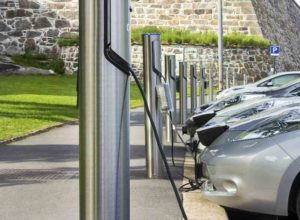 Turbocharging the expansion of the Spanish EV charging grid