This development follows a number of solar developers partnering with natural gas and coal operators over the past two years to create hybrid solar/fossil plants in an effort to lower the installed cost of solar, and to make fossil generation more efficient.

One of the largest power plant developers in the world, Enel, is building the plant. The company decided to go with PV because of the cost competitiveness of the technology. But Enel is also in the early stages of developing a similar hybrid concentrating solar power-geothermal “test plant” in the same location.

“All these things are going to be necessary as we move into renewables,” said energy secretary Steven Chu. “This is an incredible new technology that can be used across the country. And we have the opportunity to lead the world in this market,” he explained. 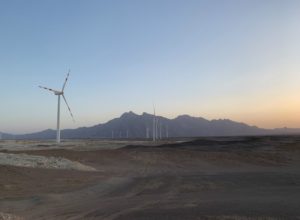