4 August 2010 – The World Bank has launched a probe into its procedures related to the approval of a $3,75 billion loan to South Africa’s Eskom, but the loan to the power firm is unlikely to be affected.

The bank in April approved the controversial loan – its first for South Africa since the end of apartheid – to fund development of a coal-fired power plant, despite the lack of support from the United States, Netherlands and Britain.

After residents from the northern Limpopo region, where the 4 800 MW Medupi plant will be built, protested that the project posed health and environmental hazards, the bank’s inspection panel recommended that a proper investigation into the allegations be conducted.

"The Inspection Panel is beginning its investigation, and World Bank staff cannot comment on the specifics of ongoing investigations," a World Bank spokesman told Reuters on Tuesday, adding that the panel is an independent body that "works to address concerns of people who may be affected by Bank projects".

Local residents have raised concerns about the plant’s impact on their health, water supplies and livelihoods, and its challenges to South Africa’s clean energy ambitions. The panel came to South Africa to conduct some initial interviews before deciding on a full-scale probe.

"When the inspection panel came to South Africa, interviewed the people, went to the area and actually saw what is going to happen and what is already happening, they got a bit of a wake-up call," said Tristen Taylor, an energy policy officer for Earthlife, one of the groups representing the residents.

The World Bank said in the past that findings of inspections have been taken into account to improve a project’s design.

"The investigation probably won’t stop the building of Medupi, but it may make the power plant a lot more environmentally friendly," Taylor said. Eskom said it was aware of the investigation but declined to comment further as the probe was relating to alleged policy violations by the World Bank, not Eskom.

Eskom has defended the Medupi plant, saying there is no immediate alternative to easing the country’s chronic power shortages and ensuring power supplies to neighbouring states. 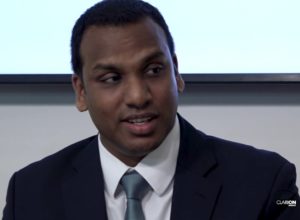