5 December 2008 – The World Bank has agreed in principle to lend South African power utility Eskom up to US$5 billion for an expansion programme that is crucial for the mining sector, a senior IFC official has announced.

However, the official at the World Bank’s private sector arm, the International Finance Corporation (IFC), did not expect a final deal within the next six months, as an agreement needed to be reached with the government about how to back the loan.

"An in-principle agreement has been reached," Saleem Karimjee, IFC manager for southern Africa, told Reuters in an interview at Cape Town.

"Eskom will raise finances from the World Bank, and numbers to the extent of US$5 billion over five years have been discussed, so that has been agreed in principle."

Eskom plans to spend a total of about US$34.3 billion over five years on new power plants, but faces an uphill task given the global credit crunch and a Moody’s downgrade on its own rating.

Economists said securing US$5 billion from the World Bank will send a signal South Africa can press ahead with its plan to spur growth through infrastructure investment despite tight credit markets.

Eskom has already secured a US$500 million 20-year loan from the African Development Bank (AfDB) and some US$6 billion from the government, but is still far short of its funding target.

The utility has said it would raise further funds from capital markets, higher power tariffs or loans with development agencies such as the World Bank and the AfDB. 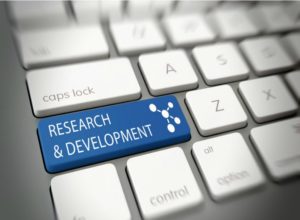 Most sectors are not on track to meet Paris Agreement, says...