Zimbabwe and Zambian energy ministers are expected to inspect progress on the ongoing feasibility studies at the Batoka Gorge Dam for a planned hydroelectric power station, in the southern African region this week.

Batoka construction to begin in 2017

The Herald reported that the feasibility studies are anticipated to be done by mid-year thus enabling the drafting of the tender before the end of 2016.

Construction of the Batoka Gorge hydroelectric power station to be located on the Zambezi River approximately 54km downstream of Victoria Falls is projected to commence early next year.

Speaking to the media, Energy and Power Development Minister Samuel Undenge said the dream for the construction will soon be realised.

“There are plans to build Batoka Dam and that one will produce relatively cheap power. Since the 80s there has been talk about building the Batoka Dam and that dream is now coming into reality. The feasibility studies will be completed by mid-year,” Undenge said.

“We reckon that the beginning of next year construction of the Batoka Dam will start.”

The minister stated that he will be visiting the site along with his Zambian counterpart to evaluate the progress made so far.

“That is why I am saying that we are closer to the fulfilment of the dream for the construction of the dam. Once construction starts it will take five years and we expect it to be completed by 2023,” he added.

The Batoka hydropower project will produce 2,400MW which will be shared equally between Zambia and Zimbabwe.

According to The Herald, the Batoka project will be supported by the Zambezi River Authority.

The members of the authority are the energy and finance ministers and the attorney-generals from the two countries. Minister Undenge is the chairperson for this year. 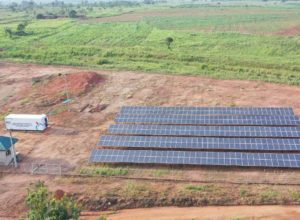