Molefe continues: “The Sere plant adds 100MW to the national power grid and contributes to saving nearly 6 million tonnes of greenhouse gas emissions over its 20 years’ expected operating life, with average annual energy production of about 298,000 MWh, enough to supply about 124,000 standard homes.”

In addition to the wind farm having all 46 wind turbines in full operation, Eskom confirmed that the construction of the new Skaapvlei substation as well as a 44-kilometer 132kV distribution line has also reached completion.

The wind farm’s first turbine was erected in December 2013. Once seven turbines were erected and operational in October 2014, the farm began to synchronise the wind turbines to the national electricity grid where it has since contributed 90 GWhrs of power to the grid.

Although Sere has been completely energised and feeding power to the grid since December 30, 2014, the first quarter of 2015 was used to ensure that the milestone of commercial operation is achieved.

Molefe, former CEO of Transnet, added that the achievement was testament to the utility’s commitment to integrating renewable energy into the country’s energy mix.

“The project is one of the largest wind energy projects in South Africa and is important in showing Eskom’s commitment to the growing role that renewable power will play in the future,” he said.

According to Eskom, no environmental legal contraventions were recorded on the project and given the extent of the site and the amount of bush clearing done, this is an outstanding achievement.

In addition to the Sere wind farm Eskom is involved in the development of a 100MW concentrated solar power (CSP) plant near Upington in the Northern Cape.

The project financiers include the World Bank, the African Development Bank, the Clean Technology Fund, and Agence Française de Développement.

Eskom claims that the CSP project will save an estimated 450,000 tonnes of carbon dioxide emissions over its lifetime. 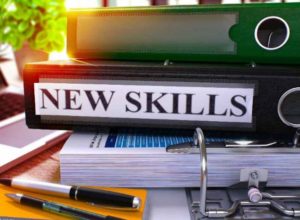