Frankfurt, Germany — ESI-AFRICA.COM — 11 February 2011 – Wind energy, it appears, has never been so competitive, with prices for wind turbines dropping below €1 million (US$1.36 million) per MW last year for the first time since 2005, due largely to over-capacity, greater manufacturing efficiency and increased scale.

This is the view of market researcher Bloomberg New Energy Finance. Its most recent Wind Turbine Price Index “’ based on confidential data provided by 28 major purchasers of wind turbines “’ showed that prices had remained under pressure in most parts of the world. The survey included more than 150 undisclosed turbine contracts, totaling nearly 7GW of capacity in 28 markets around the world, with a focus on Europe and the Americas.

It stated that, while the news was good for wind farm project developers hoping to save money, it was troubling for manufacturers and component suppliers trying to make money – they had seen their margins shrink over the past couple of years. Global turbine contracts signed in late 2010 for the first six months of this year had averaged €980,000 per MW, down 7% from €1.06 million per MW in 2009, and a peak of €1.21 million in 2008 and 2007.

All manufacturers covered by the survey showed “aggressive pricing,” according to New Energy Finance, which was acquired by Bloomberg in 2009. Low-priced power-purchase-agreements in markets exposed to competitive electricity prices – rather than fixed feed-in tariffs – appeared to have put additional pressure on turbine contracts. Average prices in Italy, the United Kingdom and the United States were well below €1 million per MW for contracts signed in 2010 and slated for delivery in the first half of this year.

The cost of electricity generated by wind is now at record low levels, according to the survey. “For the past few years, wind turbine costs went up due to rising demand around the world and the increasing price of steel,” Michael Liebreich, chief executive of Bloomberg New Energy Finance, said in a statement. “Behind the scenes, wind manufacturers were reducing their costs, and now we are seeing just how cheap wind energy can be when overcapacity in the supply chain works its way through to developers.”

Overall, the annual 2010 global wind market shrunk for the first time in two decades, down 7% from 38.6 GW in 2009, due mainly to a disappointing year in the U.S. and a slowdown in the Europe, according to figures released earlier this month by the Global Wind Energy Council.

“Our industry continues to endure a boom-bust cycle because of the lack of long-term, predictable federal policies, in contrast to the permanent entitlements that fossil fuels have enjoyed for 90 years or more,” Denise Bode, CEO of the American Wind Energy Association, said in the same statement. 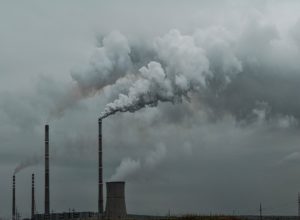 For net-zero to happen, the whole world must change