In the current global context of increasing amounts of capital chasing fewer attractive deals, and driving down returns in traditional markets, Limited Partners (LPs) are increasingly looking to new markets to achieve their return objectives – and Africa can offer this, says Romain Py, Investment Director: Head of Transactions at AIIM.

Notably, the African private equity industry is still at an early stage of development relative to the traditional markets. As a result, the key focus for the industry needs to be on educating the various stakeholders. “In particular, educating LPs on how to manage risks, and the large gap between perceived risks and actual residual risks for deals,” advices Py.

African-based institutional investors are better placed to understand this risk perception and are becoming more familiar with the asset class. Py further insists that governments need to be educated on the requirements for increased private sector participation and consistency of policies and regulation. “Reforms have been enacted in some countries in order to encourage Africa-based institutional investors to allocate capital to the asset class. However, more remains to be done to fully harness private equity’s potential to contribute to Africa’s socioeconomic development.”

For a continent where negative news stories are prominently published in the international press – these often cloud out the opportunities. Py points out that aside from the negative perceptions, it is “educated LPs investing with experienced General Partners (GPs) who understand the African context who will be able to make outsized returns from patient, long-term investments”.

Who are making the right moves?

Over the last few years, a number of Independent Power Producers (IPPs) reached financial close (Azura-Edo, Cenpower, Amandi, and Albatros Energy, among them). This trend will continue notably in West Africa, embracing the IPP model such as in Benin, Burkina Faso, Mali, and Sierra Leone, and will provide investment opportunities in 2018.

The South African Renewables Programme (REIPPPP) has attracted investors from all over the world, putting Africa firmly on the investment map and providing investors with long-term pricing signals that will boost the renewables market across the continent. The REIPPPP has also favoured the emergence of a new class of African financial investors.

Investors look not only for well-structured and transparent procurement processes; but more importantly for scale and a “programmatic development” approach, which will allow them to drive price down (as illustrated by the South African REIPPPP).

Eye on the silver lining

According to Py, to reduce its power deficit, Africa needs to unlock large-scale investment in its power sector. “This will require the implementation of reliable domestic policy frameworks and the development of the right institutional capacity. It will also require well-structured and transparent procurement processes and a ‘programmatic development’ approach in order to build the credibility necessary to attract international investment on the scale needed.”

Africa has vast untapped renewable energy potential, with eight of the top 35 developing countries with the highest in renewable energy reserves (normalised by annual domestic energy consumption) located in Africa. As a result, renewable energy is expected to make up 40% of sub-Saharan African generation capacity by 2040 (compared to 20% in 2012), accounting for almost half of the growth in overall power supply in the region. ESI 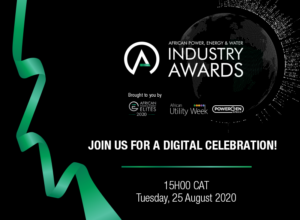