The signing ceremony was attended by Quebec Premier Philippe Couillard and Western Cape Premier Helen Zille, who had just signed a collaboration agreement between the two provinces.

The agreement between GreenCape, which represents the African cleantech cluster, and Écotech Québec, will help grow the renewable energy, waste, water and other green economy sectors in both provinces, and in turn contribute to economic growth and job creation.

The partnership will deepen economic and scientific linkages and will see the provinces exchange information and support each other to identify promising cleantech projects and markets.

GreenCape CEO, Mike Mulcahy, explained:  “We have been working Écotech Québec for eight years, through GreenCape’s membership of the International Cleantech Network.

“This agreement solidifies our relationship and will help speed up the process of developing joint projects between the two provinces. Our networks complement each other perfectly.”

“We have already identified the first activities to be undertaken, which will include a number of workshops and networking between cleantech companies represented by GreenCape and Écotech Québec,” explains Denis Leclerc, President and Chief Executive Officer of Écotech Québec.

Québec is the largest of Canada’s 10 provinces, and its major city is Montréal. Electricity production in Québec comes from 99.5% renewable sources.

In 2013, Québec created a cap-and-trade system for GHG emission allowances, then linked its system with California’s, resulting in the largest cross-border carbon market in North America.

In 2010, the Western Cape’s provincial government started to focus on potential opportunities and challenges that private investment in renewable energy would provide.

Since then, the scope has broadened to the wider green economy, and the province has attracted notable investments in the utility-scale renewable energy, small-scale embedded generation, energy efficiency, bioeconomy, waste, water and sustainable agriculture sectors. 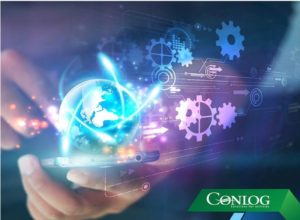