The East African population is expected to grow by 5.3% annually for the next five years, resulting in increasing electricity demands, says Secretary General for the East African Community (EAC), Dr Richard Sezibera.

“The demand in East Africa is expected to grow at approximately 5.3% per year for the next five years until 2020[.] To meet these requirements, by some estimates, generation capacity will have to increase by 37.7% in Uganda, 96.4% in Kenya, 75.3% in Tanzania and 115% in Rwanda”, Sezibera said.

Sezibera highlighted the dedicated efforts of each of the five east African member states who are working towards improving the whole energy sector and extending power access to those who are not grid connected.

Projects across the region: 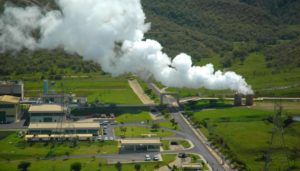 Kenya is commissioning the Olkaria IV geothermal power plant which is estimated to add 140MW to the national grid.

Tanzania has recently discovered large amounts of natural gas deposits and 5 000 geothermal sites which could be commercially viable. Both of these resources are being considered for energy use.

The country has set a target to connect 14 million (30% of the country) locals to the national grid by June 2015 through its rural electrification initiative. This number is set to increase to 50% by 2025.

Nigeria: What’s happening in the West?

Local media, Punch, reported that Nigeria’s total electricity output on 17 February was 3 424MW despite demand being 12 800MW, according to stats released by officials of the Federal Ministry of Power on Sunday.

This cap is well below the 5 000MW which Minister of Power Prof, Chinedu Nebo claimed the country’s generation output was recently.

“Power generation in the country has improved tremendously with actual generation/transmission capacity consistently hovering around 5,000MW, up from 2,800MW in 2011”, Nebo said in Lagos on Saturday.

According to Nebo, Nigeria is losing 1 500MW of electricity.

“Currently, the major challenge to increased power generation is limitation in gas supply as a result of the activities of vandals who are bent on visiting hardship on the entire nation”, he said.

The Egbin power plant in Lagos has recently installed a new turbine unit, restoring the power plant’s installed capacity back to 1 320MW. 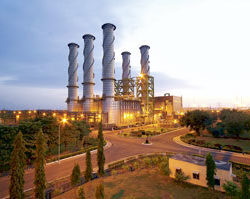 The Ughelli power plant has increased capacity from 160Mw to 610MW with a target set to reach 850MW by the end of the year.

The Kainji hydroelectric power plant will be producing 230MW in two weeks, an increase from the current 80MW. With the generation capacity of 760MW, RusHydro signed a five-year cooperation agreement in 2013 to refurbish Kainji hydropower plant which commenced in 2014.