If ever there is an eleventh commandment, it should be “water must be paid for”, delegates were told on the last day of the African Utility Week.

Chief manager investments and programmes in Kenya’s Water Services Trust Fund Willis Ombai roped in the Bible during a panel discussion, where experts discussed the pricing of water and explored different finance models for water infrastructure.

Case studies from Denmark and Kenya were shared. Read more: Harvesting icebergs: a solution to solve water and energy challenges

Ombai said water is generally understood as a public good. “So, it becomes difficult when we start talking about tariffs. Our mantra is water must be paid for.” Kenya’s Water Services Trust Fund is governed by a Board of Trustees and “acts as a fund for mobilising resources and providing financial assistance towards capital investment costs of providing Water Service and Sanitation”.

About 26,9 out of 46 million Kenyans have access to water. Ombai said the development of the water sector in Kenya has been constrained by a limited public purse and private funding had to be considered.

One of the delegates raised the issue of people who are willing to pay for bottled water in a shop, but water from their taps by government is not regarded in the same way. How do we get people to pay?

Former banker Andre Kruger said the poor might not be paying because they are not getting proper services. “But the poor own cell phones so this notion that the poor cannot pay, is a misnomer,” he said.

Questions were also raised during the session on why Private Public Partnerships (PPPs) in the water sector are so slow in countries like South Africa, especially since they can provide necessary technical skills where government has capacity problems.

According to Kruger there is not sufficient understanding of PPPs, especially in the local government sector. “Many in the metros do not even know about PPP regulations.” He said there are 135 PPPs in the country currently, but the national treasury is set to double this figure.

Kruger explained when government decides on PPPs it stays in charge and still is responsible for delivery of the service and to see that it is delivered.

“So, they are responsible to ensure the poor, their constituency, get the services. In these contracts it is clearly defined what the role of the private sector should be. What we have in the PPPs is an opportunity on a project basis to deliver services cheaper and to a wider context than what the government is currently delivering.” Kruger also stressed the job creation prospects of these projects. “There is an opportunity to extend services and for the poor to get water at a cheaper price.”

Head of unlisted investments and portfolio manager at Mergence Investment Mark van Wyk highlighted the risks that investors consider. “The question is always will people pay (for water).”

Some of the proposals raised during the session are to sensitise the public that water must be paid for since it is a service that is provided.

Van Wyk said it is important to note that people are paying for the transportation of water to their taps and the benefit they get from it. 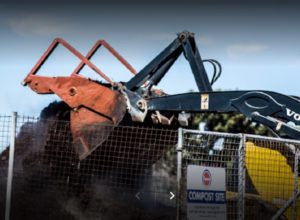