31 January 2013 – A 50 MW waste to energy plant is to be constructed in Addis Ababa, Ethiopia’s capital, following the signing of a contract to by the Ethiopian Electric Power Corporation (EEPCo) and waste to energy developer, Cambridge Industries.

The plant will cost an estimated US$120 million and Cambridge Industries says it is conducting detailed feasibility studies throughout Ethiopia to recommend future projects in various cities including Dire Dawa, Adama, Mekelle, Gonder, Behar Dar, Hawasa, and Jimma.

The company says that both effective power generation and waste management are among the principal challenges faced throughout Africa, particularly in its rapidly urbanising cities.

The 50 MW waste to energy plant will be located in Repe (Koshe) and will provide some 100 skilled jobs in the area. The Repi waste disposal site, which started five decades ago, is described as a safe, distant and secure site, having been filled with massive amounts of waste. 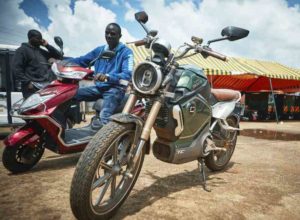