Building foundations offshore at large depths is a huge challenge. The goal of this project is to be able to design, construct, and build cost effective deep water jacket foundations for very large wind turbines located far offshore in water depths of up to 70 metres. Normally, foundations and turbines are contracted as two separate items. That will change with this project, driving down the cost even more while increasing the quality.

“The competition on the market is fierce. The winners of the offshore race will be the ones that are able to deliver reliable products that can be installed at very large depths. This offshore project focuses on developing foundations that secures the highest quality possible at lowest possible price. This way we can secure our customers the lowest cost of energy in the long run,” says Finn Strøm Madsen, President of Vestas Technology R&D.

The second project announced is the Intelligent Energy Management System for a Virtual Power Plant. This project will introduce energy storage into a wind power plant as an optional component for enhanced power generation control.

“Storage embedded in the wind power plant allows the power to be regulated without compromising any capture of available wind energy. Such a balancing mechanism opens for even higher amounts of wind power on the grid and for added value of the generated wind power to the transmission system operator. In turn, this makes our wind power plants an even better investment for our customers,” says Finn Strøm Madsen.

These projects are initiated by Vestas and they are developed in close cooperation with important partners. The Danish National Advanced Technology Foundation announced that they will support the two projects with a total of DKK 55m. The total cost of the projects will be DKK 110-120m. Both projects will run for 3-5 years. 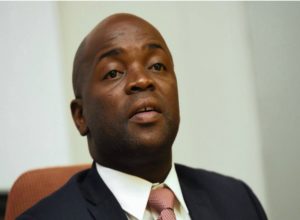