Vestas, the world leader in wind energy, is proud to announce it has established a permanent office to serve the emerging southern African wind energy market and to support the future development of wind energy in the region.

The opening of the office coincides with the successful commissioning of South Africa’s newest wind turbine at Coega – a Vestas V90-1.8 MW turbine – at the World Cup city of Port Elizabeth. As the world comes to South Africa to celebrate football, wind energy will help to provide the energy to host football players and fans from around the world. The Coega turbine is a project of Belgian energy developer Electrawinds, which is a pioneer in renewable energy in emerging markets.

Vestas has been active in Southern Africa for several years, but the opening of an office in Johannesburg now is recognition of the positive environment for wind energy and represents a real commitment to the region over the long term.  Vestas also intends to clearly demonstrate its commitment to actively supporting the development of wind energy as an important source of energy for Southern Africa. In addition, Vestas is committed to supporting overall sustainable development, social development and economic development as a central part of its presence in the region.

“Vestas sees Southern Africa – and South Africa in particular – as key emerging markets for us and as leaders in the development of wind energy in Africa,” says Hans Jörn Rieks, President of Vestas Central Europe. “South Africa has made a solid commitment to a clean energy future and we want to build strong and constructive partnerships with customers, government, the energy industry and the sustainable development community to build a sustainable wind industry. We recognise that we have a responsibility not only to our customers, but to the environment around us, to our employees, and to all the communities we operate in.”

The Coega turbine will have an immediate impact on clean energy generation in South Africa; it will reduce CO2 emission by at least 3,700 tons a year, and will produce an estimated 5,700,000kWh of clean energy every year – enough for over 2,400 South African families. In addition, the electricity generated by the turbine has been donated by Electrawinds to the Nelson Mandela Bay football stadium in Port Elizabeth.

"Electrawinds and Vestas are both writing history with this wind turbine: it is Electrawinds’ first project in South Africa and the first joint project here with Vestas," says Jan Dewulf, Electrawinds’ Director of Business Development.  "It is also the start of what we hope will be the first commercial wind farm in this country. This project has been realized thanks to the exceptional efforts of all staff involved. Shortly after signing the contract, the first component of the turbine was already on the boat to South Africa. Almost 100 days later,  the turbine has already produced green energy.  To my knowledge, this is an absolute record! If the Danes are equally effective at the football,  Electrawinds knows already who will be the new world champion!"

Vestas’ presence in Southern Africa begins with the opening of an office in Johannesburg and a dedicated business development manager, Daniel Kurylo.

“Vestas has more than 30 years of experience in wind energy and has the industry’s largest technology and research and development set-up,” says Kurylo.  “There is an abundance of wind – the world’s best, cheapest and most predictable source of clean energy – in Africa, and we want to share our knowledge, experience and passion for wind energy with equally passionate partners in Southern Africa. Our door is open, and we’re ready to move.

Vestas is the world leader in wind technology, with a history of technological innovation and over 30 years of experience in developing, manufacturing, installing and maintaining the world’s best-performing wind turbines. Vestas was a pioneer in the wind industry and started to manufacture wind turbines in 1979.  In 1987, the company began to concentrate exclusively on wind energy.

Today, Vestas operates in 65 countries, providing jobs for over 20,000 passionate people at our service and project sites, research facilities, factories and offices all over the world – including Southern Africa!

We invite you to learn more about Vestas by visiting our website at www.vestas.com 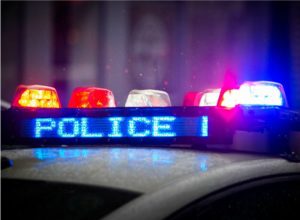 Eskom teams up with police to restore electricity supply in Gauteng