In Southern Africa, Zimbabwean power utility ZESA Holdings has lost an estimated $30 million (ZAR372 million) of equipment as a result of vandalism and an increase in theft over the last 18-months.

Vandalism and theft is wreaking havoc with the country’s already struggling power supply, The Herald reported.

Speaking at a theft and vandalism workshop, Zimbabwe Electricity Transmission and Distribution Company managing director Engineer Julian Chinembiri stated that the equivalent of $15 million (ZAR186 million) of equipment has been lost due to vandalism.

“The moment they vandalise infrastructure, supply of power to the industry and domestic customers is interrupted”.

Chinembiri added that a total of $10 million (ZAR124 million) in potential revenue was lost last year and in the half-year to June, half of that amount is believed to have been lost due to the interruptions caused by vandalism and theft.

“For example, we gave an idea (of estimated revenue lost). As a utility, we lost close to $10 million and if we compare with last year, it means, roughly we have lost close to $5 million in revenue from January to June.”

South African electricity theft and vandalism on the rise

In South Africa, electricity theft is on a steady incline due to the high rate of unemployment and poverty, resulting in state-owned power utility Eskom losing billions every year.

MyBroadband.com reported in June that a South African energy expert, Chris Yelland, reported that an estimated 32% of all electricity delivered by City Power Johannesburg is lost to theft and non-payment.

Yelland said: “If these non-technical losses could be eliminated, peak demand would be reduced enough to completely eliminate the need for load shedding.”

The power company has recently called for the top 20 defaulting municipalities to repay their debts which totalled an estimated ZAR4.6 billion ($408 million).

Since the announcement was made in April, 17 municipalities have entered into payment agreements with the utility.

According to the City of Tshwane, electricity theft and meter tampering cost the metro ZAR416 million ($34 million) in the 2013/14 financial year. This was an 83% increase compared to the previous year, MyBroadband reported.

In 2006, the Operation Khanyisa campaign was established under Eskom’s Energy Losses Management Programme to combat the country’s energy loses.

According to the campaign, it is close to reaching ZAR1 billion ($82 million) in recovery of revenue and prevention of further energy losses.

MyBroadband.com reported that Maboe Maphaka, a senior manager at Eskom, said that the use of new technology, application of the law, and community mobilisation worked to curb electricity theft.

Maphaka said: “Operation Khanyisa has helped with the recovery of approximately ZAR400 million [$33 million] in revenue for Eskom and the protection of a further ZAR500 million [$41 million] worth of energy from loss.” 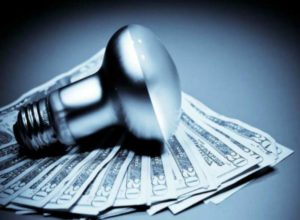