Washington DC, United States — ESI-AFRICA.COM — 10 December 2010 – American Secretary of Commerce Gary Locke has appealed to members of his Renewable Energy Advisory Committee to help the Administration achieve its goal of doubling renewable energy exports in the next five years, targeting US$10 billion (R69 billion) or more in annual export benefits.

"First we need to help decision-makers understand that a strong domestic market is key to expanding US exports, and that US leadership in these technologies will pay dividends in billions of dollars of new exports,” said Karl Gawell, Geothermal Energy Association executive director, who was elected chair of the Advisory Committee.

The Advisory Committee met here for its first day of deliberations and outlined its work for the coming year.

It said that the world-wide markets for renewable and efficiency technologies were substantial and growing. According to a Department of Commerce (DOC) report, “$162 billion of private-sector capital had been invested in renewable energy and energy efficiency technologies globally in 2009. As the economy improved, global investment in RE&EE was likely to increase further.”

Expanding US exports in these markets will not be without challenges, as worldwide governments from China to Germany also see the opportunities they present.

To support achieving these American goals, the Secretary chartered a Federal Advisory Committee of leaders in the renewable energy and energy efficiency field to provide advice and recommendations on a number of topics.

“We expect this committee will be an active partner working to succeed in achieving the aggressive goals for renewable exports being set by the Administration,” Gawell said. 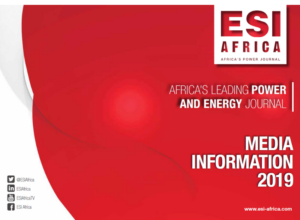