22 February 2008 – South Africa’s minister of finance, Trevor Manuel announced a US$7.8 billion allocation, over the next five years, to Eskom’s Capex plans in his budget speech this week.

The minister stressed that it was important for that "the House should record and the nation needs to know that this is not a grant. The return on an investment in power generation is very long term, and the repayment of debt must be similarly deferred. But we would not be supporting these investments if we were not confident that they are economically and financially viable."

Eskom’s capital expansion plans for the next five years are estimated to cost US$44 billion, broken down as follows:

Manuel told Parliament that Eskom’s current tariff structure was too low to support the required borrowing, and would put the utility’s balance sheet ‘under some stress’.

He further announced that government would put aside US$258 million for programmes supporting energy efficiency, "generation from renewable sources, installation of electricity-saving devices and co-generation projects".

Extracts from the minister’s speech relating to Eskom and electricity can be found below:

"Over the next five years Eskom’s capital expansion plans will amount to R343 billion, with about 73 per cent earmarked for power generation projects. The return-to-service of previously mothballed power-stations, Camden, Grootvlei and Komati, will add a combined 3 677MW of generating capacity by 2011 and other smaller projects will produce about 2 000 MW. Two major new coal-fired plants, Medupi in Lephalale and Bravo near Witbank, will each cost in excess of R80 billion and produce about 4 500 MW each. To improve transmission capacity, Eskom is strengthening the Cape grid, and building new lines from Majuba to KwaZulu-Natal.

Let me express a word of thanks to 244 South Africans who have sent me advice on options for encouraging energy efficiency on building standards, subsidising solar powered geysers, supporting the replacement of incandescent light-bulbs or reducing unnecessary energy use, in government offices, in mines and factories, in ordinary homes. These are issues to which we will return once there has been time to absorb and assess reform options more fully. There are some competing perspectives to consider. There have been some appeals for financial assistance in purchasing electricity generators, for reasons we all understand. But several correspondents have also pointed out that subsidising fossil-fuel burning generators would send the wrong signal in the light of environmental considerations.

I mention this to illustrate, Madam Speaker, that careful thought needs to be given to the fiscal measures we adopt in response to short-term challenges. We have an opportunity over the decade ahead to shift the structure of our economy towards greater energy efficiency, and more responsible use of our natural resources and relevant resource-based knowledge and expertise. Our economic growth over the next decade and beyond cannot be built on the same principles and technologies, the same energy systems and the same transport modes, that we are familiar with today….

Eskom was initially structured as a non-profit utility to be financed entirely by debt. For the first seven years after it was formed in 1923, it was capitalised by government advances totalling £8 million, subsequently converted into treasury loans with terms of up to 40 years. The framework has changed since 2001 – Eskom is now a corporation owned by the state, and its tariffs are subject to oversight by an independent regulator. But the underlying principle throughout Eskom’s history has been that electricity users should bear the costs of its supply, with capital financed through retained earnings and debt on market-related terms. Our public expenditure on electrification has been explicitly targeted at subsidising the extension of supply to low-income consumers, and not at providing finance for the utility itself.

Now that Eskom once again has a major investment programme to finance, its capital should again mainly be raised through debt, and paid for by users over the course of time through appropriately structured tariffs.

However, Eskom’s tariffs were steadily reduced in real terms during the 1980s and 1990s, so that electricity prices in South Africa are now far lower than in any other comparable country, and well below full economic cost. The tariff structure is now too low to support the required borrowing.

Over the next few years, while new power stations are being built and tariffs are steadily increased and revised to encourage efficient electricity use, Eskom’s balance sheet will be under some stress. It is therefore proposed that up to R60 billion should be provided to support the financing of Eskom’s investment programme, on terms structured to assist in meeting cashflow requirements. Madam Speaker, the House should record and the nation needs to know that this is not a grant. The return on an investment in power generation is very long term, and the repayment of debt must be similarly deferred. But we would not be supporting these investments if we were not confident that they are economically and financially viable.

We are also setting aside R2 billion over the next three years to support programmes aimed at encouraging more efficient use of electricity, generation from renewable sources, installation of electricity-saving devices and co-generation projects. Intensive work over the next few months is needed to give content to these proposals, so that allocations for this year can be included in an Adjustments Appropriation. 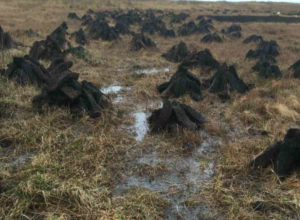