4 December 2007 – The Ekurhuleni Metropolitan Municipality announced last week that it would spend over US$3.5 million on upgrading and strengthening electrical infrastructure.

Approved projects include installing a 44 000V underground cable between the Harper and Anne and Anne and Johnston substations. It also includes an extension to the 44 000V network from substation Z to Anne substation.

These projects will form a ring formation supply to the Bedfordview area, meaning that supply is available from two different sources.

CBI Electric: african cables and CBI Electric: power installations have been given the orders to manufacture and install the cables, said Hannes Roos, municipal infrastructure department electricity division director of operations and maintenance.

It is hoped the project will be completed by June 2008, however, Roos admitted this was a ‘tight’ schedule to meet.

Approximately US$3.3 million has already been spent on upgrading substations in the Bedfordview area since July 2007.

However, this area has still had problems with blackouts, particularly in May when one of the main Eskom supply cables failed, causing business to close their doors and costing the local economy millions of Rands.

The replacement of the existing 44 000V cable, it is hoped, will eliminate blackouts.

However, Roos cautioned "We cannot, unfortunately, guarantee supply as we are purchasers of electricity directly from Eskom and are affected by load shedding, in the national interest, from time to time." 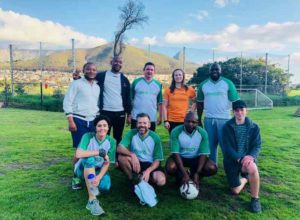