In East Africa, the UK government has signed a Memorandum of Understanding (MoU) with Rwanda in bids to boost off-grid rural electrification in the country as part of the UK's Energy Africa campaign.

The MoU was signed last week between Rwanda’s minister of infrastructure, James Musoni, and Nick Hurd, the UK international development minister at an investment summit in London, reports Rwanda’s The New Times.

The Energy Africa campaign was first launched by former UK international development minister, Grant Shapps in October with the aim to accelerate the expansion of household solar throughout the African continent.

By signing the MoU, Rwanda is now the sixth country to be included in the campaign, following Nigeria, Sierra Leone, Somalia, Ghana and Malawi.

During the signing ceremony, Hurd said: “According to the current projections, the African continent will not achieve universal energy access until 2080. That is why we must act to kick-start a solar revolution across Africa.”

Hurd further highlighted that the time to make investments in the development of renewables is now, as the cost of solar panels are dropping, and battery technology is improving while appliances are becoming more efficient.

He added: “British businesses are already combining solar and mobile phone technology to bring clean energy to people in Africa.

Robert Nyamvumba, the director of the energy division at Rwanda's Ministry of Infrastructure, said that the campaign will help Rwanda to reach its goal of universal energy access by 2020.

Rwanda has set itself an ambitious target to increase its installed power generation capacity to 563MW by 2018 and to connect a total of 70% of the country's households to the grid against the current 22%.

Although at present the country has an installed energy generation capacity of 161,2MW, it is only managing to output 119,38MW.

The New Times reported that through the agreement, both countries have promised to back the UN’s Sustainable Energy for All (SE4all) goal number seven, a commitment to increase access to clean and affordable energy by the year 2030. 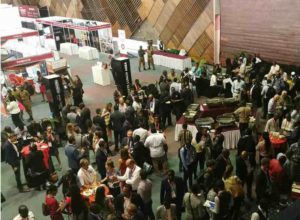