In addition the state owned corporation, which provides water and sewerage services in the 22 larger urban centers in Uganda, has made good progress with its prepaid water meter project, installing 400 public prepay metering points in the last year in the impoverished Ndeeba and Kisenyi sections of the country’s capital, Kampala. These water points serve around 130,000 residents, a number that is expected to increase significantly within the next year with the launch of a World Bank funded extension of the project.

The NWSC also sets out some immediate future actions, including the replacement of 20,000 meters – 12,000 in Kampala and the other 8,000 in other areas – random monthly meter reading audits on at least 2 percent of accounts, investigations of large users including schools and hotels, and the implementation of a plan to reduce non-revenue water – running at 37 percent nationally at the end of 2008 – to 30 percent.

In addition to leaks, metering inaccuracies and illegal connections are the main factors for the high rate of non revenue water in Kampala, which averaged 45 percent during 2008 – three times the 15.3 percent of NWSC’s other operational areas, the Corporation noted in its report.

Under the World Bank funded “Water connections for the poor” project, approximately 20,000 subsidized new connections will be provided to poor households in the slums and poor peri-urban areas in and around Kampala by 2012. Of these approximately 19,000 will be yard taps while almost 1,000 will be public water points.

Uganda has pledged to make water access available to 100 percent in urban areas by 2015 as part of its National Poverty Eradication Action Plan. The public prepay project, named “pay-as-you-drink,” is a key step towards meet this pledge. 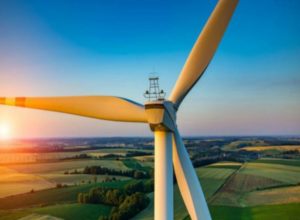