In East Africa, the Ugandan energy distributor Umeme has stated that it is anticipating to reach one million customers by the end of this year.

Umeme’s COO Florence Nsubuga told local media, The EastAfrican, that the power distributor already has a consumer base of 790,000 adding that the company is heading in the right direction to close one million customers by the end of 2016.

Nsubuga expressed confidence while revealing that “we are connecting 16,000 new customers a month. So 200,000 should be doable.”

According to The EastAfrican, Umeme plans to invest between $80 million and $120 million over the next 12 months to connect the additional 200,000 customers on to its prepaid meter platform.

The Daily Nation reported that it was the first time since his appointment in December that Keter was meeting with parastal heads.

In December 2015, Keter resigned from being the Senator for Kericho County after President Uhuru Kenyatta approved his nomination to the cabinet.

Keter pledged his commitment to realising the success of the planned delivery of 5,000MW of electricity to Kenyans including a reduction in the cost of energy.

“There are timelines in all the activities which we are doing, let us stick to those timelines. And we should not entertain bureaucracy, which delays delivery of services,” he said.

He further requested that energy leaders should ensure that power tariffs are affordable, while requesting the leaders to not compromise the quality of projects in seeking to meet deadlines.

“When it comes to the last mile project [electricity connection project] we have to stick to the Sh15,000 ($146.5182), which the president set as cost of connection. Kenyans know that is the promise of the government and will not pay more,” he added.

Keter concluded by emphasising that he encourages an open door policy directing the ministry in delivering energy needs for the country.

“There are people who say you do not go to the cabinet secretary before you go to the principal secretary; I am different I will work [with] everyone,” he said. 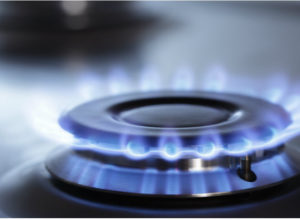