Uganda will be able to use its uranium deposits to generate electricity using nuclear power within the next 10 to 15 years, energy and mineral development minister, Daudi Megereko said recently. 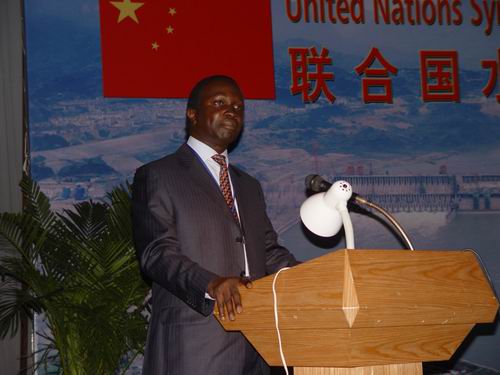 With the ever increasing demand, it is envisaged that nuclear power will play an increasing role in the future energy supply. Uganda has significant uranium reserves that can be exploited and used for power generation."

A combination of lack of investment in the power industry and falling water levels in Lake Victoria have forced the country to re -examine its energy mix. Output at the Jinga hydropower station has fallen from 380MW to 135MW, forcing the government to install diesel generators to make up a shortfall of 100MW.

The government set up an Energy Fund of US%56.5 million in 2006/07, of which US$40 million was earmarked for use for thermal power stations. An additional US25.7 million has been added in the 2007/08 financial year.

End user tariffs have risen by over 70% and although the Bujagali hydro dam is currently under development, with two others due within the next ten years, the government believes that nuclear power would provide some protection from the uncertainty of weather dependant power production.

Hydropower potential in Uganda is estimated at some 5 300MW – about half of the expected domestic demand if each of the five million households in the country receive electricity.

"Energy security means fulfilling the energy needs of all the people, including the 90% of our citizens who have no access to electricity," said Fredrick Kabagambe-Kaliisa, permanent secretary in the ministry. "Diversification of energy sources is necessary."

The legislative framework for the Ugandan nuclear programme has already been drafted and he Atomic Energy Bill is currently before Parliament. It is hoped it will be enacted by June 2008, and will pave the way for the International Atomic Energy Agency to provide technical assistance.

"The lack of an effective legal and regulatory infrastructure has made it difficult for IAEA to give us technical support," Mr Migereko said.

"The Atomic Energy Bill, once passed, will only enable the country to mine and export uranium in its raw form," former IAEA consultant, Dr Abel Rwendeire told members of Parliament during a recent meeting. "To generate energy out of it, government will have to adopt various other legislation because of the complexity and sophisticated technology involved."

Uganda faces an extreme shortage of skilled labour for its nuclear programme, with only 10 or so personnel available for the roll out.

"We have a long-term plan of nuclear energy production but presently, we have only about 10 experts with nuclear skills," Dr Akisophel Kisolo, chief radiation safety officer in the Ministry of Energy, told The EastAfrican newspaper recently.

Algeria, Egypt, Morocco, Namibia and Nigeria are all considering nuclear power as an alternative to hydro. South Africa currently hosts the only nuclear power station in Africa.