4 March 2013 – Uganda has approached international investors to participate in the country’s electricity sector, among these Indian and Chinese state banks according to the Observer of Uganda.

Eriasi Kiyemba, the managing director at the Uganda Electricity Transmission Company, told an investor summit organised by the American Chamber of Commerce in Uganda and the Uganda Investment Authority, that Exim Bank of India has been approached to invest in the Isimba power project.

Uganda has lined up a number of large hydropower projects to resolve its electricity dilemma. The 600 MW power plant at Karuma, for which China Water Electric is a frontrunner, is the government’s main focus at the moment. The 600 MW Ayago plant is another large project that government plans to complete by 2016, with Japanese firms J Power and Nippon Koei carrying out the pre-feasibility studies.

“Government has decided to finance Karuma itself for strategic reasons. With public-private partnerships, the tariffs tend to be high,” Kiyemba says. However, he says that the government would maintain very small intervention in the power sector.

That is the kind of decision that has seen companies like electricity distributor Umeme thrive. Charles Chapman, managing director of Umeme, says the company will spend roughly US$360 million in Uganda over the next seven years. This is more than twice the amount of money Umeme has spent in the last seven years. To recover the money it has sunk into the country, and the amount it will invest for the future, Umeme partly depends on the Electricity Regulatory Authority agreeing to its recommended power tariffs.

Uganda has the highest power tariffs in East Africa. According to Uganda’s National Development Plan of 2010 to 2015, a Ugandan consumer pays US22 cents per kWh; Kenya incurs US13 cents per kWh; while Tanzania pays only US8 cents per kWh. 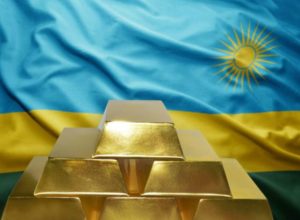