Uganda was awarded 10th place in the Climatescope assessment which ranked 55 countries globally, according to how their clean energy sector welcomed investors, New Vision reported.

Uganda was amongst the three African countries included in the 55, including South Africa and Kenya. With the transformation of Uganda’s electricity sector in 1999, the implementation of the GET FiT programme has played a large part in attracting investors to the energy sector.

Climatescope is an assessment which is performed in Africa, Asia, Latin America and the Caribbean identifying each county’s past, present and future actions in generating interest for investors in their clean energy sector, New Vision reported. 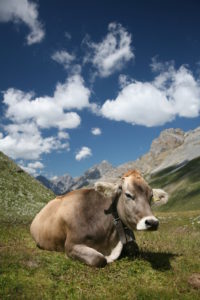 What is clean energy?

The country’s small hydro sector brought in US$307 million between the periods of 2006-2013, New Vision reported.

Although only 14% of Uganda’s 37.58 million residents are connected to the grid, the country is making every effort to ensure that the generated electricity is clean. The low access rate is being addressed by the Rural Electrification Agency who are optimistic that 500 000 new users will be connected to an energy resource between the peri

The Global Energy Transfer for Feed-in-Tariffs (GET-FiT) programme was established by ERA to encourage investment into the unbundled Ugandan power sector.

The GET FiT programme has enabled the country to plan for the development of 20 small scale renewable projects annually which has already received US$70 million from Norway, the EU, UK’s DFID, Germany and the World Bank, New Vision reported.

Developments will commence next month and include the following projects:

The projects will contribute to providing efficient and reliable power to communities and build on the clean energy vision of the country.

The Vision 2040 master plan said that Uganda’s energy sector needs to generate a total 42 000MW of power from its energy mix to upgrade its economy to middle class, New Vision reported.

Kenya must invest US500 million in electricity