Boston, United States — ESI-AFRICA.COM — 17 February 2011 – Almost half of American electricity is generated through the use of coal “’ and this costs the economy about US$345 billion a year in hidden expenses not borne by miners or utilities. These include health problems in mining communities and pollution around power plants.

Those costs would effectively triple the price of electricity produced by coal-fired plants, which are prevalent in part due to their low cost of operation, according to a study led by a Harvard University researcher.

“This is not borne by the coal industry, this is borne by us, in our taxes,” said lead author Paul Epstein, a Harvard Medical School instructor and the associate director of its Centre for Health and the Global Environment. “The public cost is far greater than the cost of the coal itself. The impacts of this industry go way beyond just lighting our lights.”

In the year that ended in November, the average retail price of electricity in the United States was about 10 cents per kilowatt hour, according to the Energy Department.

Advocates of coal power have argued that it is among the cheapest of fuel sources available in the United States, allowing for lower-cost power than that provided by the developing wind and solar industries.

The estimate of hidden costs takes into account a variety of side-effects of coal production and use. Among them are the cost of treating elevated rates of cancer and other illnesses in coal-mining areas; environmental damage and lost tourism opportunities in coal regions where mountaintop removal is practised; and climate change resulting from elevated emissions of carbon dioxide from burning the coal. Coal releases more carbon dioxide when burned than natural gas or oil.

The US345 billion annual cost figure was the study’s best estimate of the costs associated with burning coal. The study said the costs could be as low as US$175 billion or as high as US$523 billion.

“This is effectively a subsidy borne by asthmatic children and rain-polluted lakes and the climate, which is another way of looking at it,” said Kert Davies, research director with the environmental activist group Greenpeace. “It’s a tax by the industry on us that we are not seeing in our bills, but we are bearing the costs.” 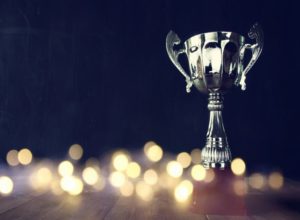 Crowning the energy/water influencers in Africa