16 September 2010 – The eThekwini Municipality (Durban) has been awarded funding of $446,500 by the U.S. Trade and Development Agency (USTDA) for a feasibility study on the rollout of a smart metering program.

The award is aimed at addressing critical concerns over South Africa’s declining electricity reserve margin, and is expected to result in a flagship smart metering program that will provide a technological foundation for improved demand side management policies and regulations.

“Through the grant, South Africa will improve its ability to streamline electricity demand,” said the U.S. Ambassador to South Africa, Donald H. Gips, at the signing ceremony.

“This assistance from USTDA supports eThekwini Electricity in its unwavering commitment to reach the highest level of customer service delivery,” said the company’s head of electricity Sandile Maphumulo. “At the same time, the project will assist South Africa in meeting its energy efficiency goals, an issue of critical importance to its energy security.”

The feasibility study will be competed on the U.S. Federal Business Opportunities (FBO) website. The winning contractor will be selected by eThekwini Municipality.

This is the second award that eThekwini Electricity has received from the agency. In 2007, the company utilized USTDA funding to develop a strategic plan for the implementation of an integrated information technology (IT) system to allow for quicker response to network and system problems. The first phase of the project will be the installation of an outage management system, which was awarded to General Electric in April 2009.

Last month the USTDA also launched the Africa Clean Energy Solutions (ACES) Initiative to further its commitment to assist in the development of clean and sustainable sources of energy on the continent as well as to create job opportunities for workers in the U.S.

The first projects funded under the initiative, with a value of $2.9 million, include $616,000 to the National Power Training Institute of Nigeria and three of the country’s electricity distribution companies, Abuja, Eko, and Ikeja, to reduce losses and make recommendations on smart grid technologies, and two awards of $855,000 and $837,000 to Angola’s Ministry of Energy and Water for a grid modernization feasibility study in the capital, Luanda, and a HV transmission line feasibility study in the south of the country. 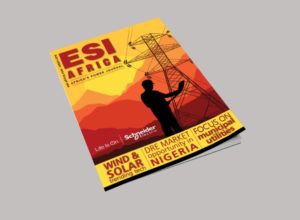 Eskom Rotek Industries: A specialised offering like no other