In June, the World Bank signed an agreement for the loan of $78 million (ZAR958 million) for the construction of a power transmission line between the Kaleta dam in Guinea-Conakry and Bissau.

In terms of the agreement, once all documentation is in order the funds would be available in October 2015.

According to international news service Macauhub, the transmission line will transmit an additional 32MW of electricity to Bissau, the capital city of Guinea-Bissau.

Minister of economy and finance, Geraldo Martins, said the government of Guinea-Bissau will put out a tender calling for eligible bidders to submit proposals for the construction of the power line.

In other news, the World Bank Board of Executive Directors approved a new $60 million (ZAR727 million) International Development Association (IDA) credit for the Government of Liberia, in West Africa last month.

The credit was approved to facilitate the continuation and expansion of affordable electricity services to businesses and households in order to drive economic growth, create jobs, and reduce poverty.

The World Bank said in a statement that the additional financing will support the ongoing Liberia Accelerated Electricity Expansion Project (LACEEP) which aims to advance Liberia’s national Agenda For Transformation to achieve a more prosperous and inclusive society.

The funds will enable LACEEP to connect an additional 36,000 local households and businesses within the greater Monrovia north-west area, and in Bomi and Grand Cape Mount counties. The commercial and industrial customers in these regions account for 16% of the new connections. 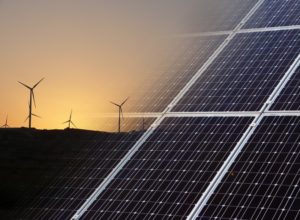