“Clean energy was bubble-like in the U.S. about five years ago,” Hands added. “Today, our view is that people have gone too much the other way and are too conservative. Without doubt, clean energy will increase as an investment type over the next five to 10 years.”

Hands “’ a former Goldman Sachs Group Incorporated executive who built Terra Firma into one of the U.K.’s most prominent funds “’ has taken stakes in clean energy since the start of the credit crisis three years ago. He said his “green energy” investments had returned four times what he had put into them.

Hands stated that cheap financing was bringing together buyers and seller of projects so “there will be a vast increase in the amount of energy derived from low-carbon sources.” Should Middle East unrest push crude prices higher than the US$103.41 a barrel it reached in the U.S. last week, that might prompt regulations benefitting alternatives to fossil fuel.

Terra Firma, which has completed transactions worth 43 billion Euros since it was formed in 1994, invests in clean energy as part of a general fund. The firm has invested 13 billion Euros of its own equity and distributed 12 billion to clients, with an internal rate of return of 40% since then.

It paid US$143 million for the British wind turbine operator Novera Energy plc and US$350 million for Everpower Wind Holdings Incorporated in the U.S. in the last two years. 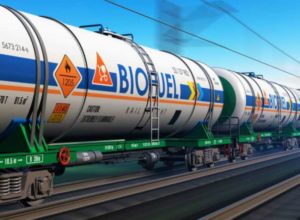