7 November 2012 – Africa has vast hydro potential and as a result, major projects have been identified and efforts made in many countries to improve the climate for investment are starting to yield results. However, challenges are still aplenty, in terms of cultivating the necessary capacity to plan, develop and accelerate much needed energy schemes.

Hydropower Africa 2012, held recently in Cape Town, is the largest hydropower event of its kind in Africa, boasting over 450 visitors from across the globe. The conference looked at planned projects and tender prospects for hydropower development on the continent as well as innovative funding solutions for projects – whatever the capacity.

Although few African delegates were in attendance this year, those who attended the event found it very beneficial as they would have gained excellent exposure to hydropower capabilities in Africa.

According to delegate, Michel de Rauville, GIBB’s business development manager for dams, hydropower and underground works, Africa is endowed with abundant of gas and coal resources, but hydropower remains a critical component of the energy mix. The resource uses proven technology, has a lower carbon footprint than hydrocarbon based generation plants and is relatively easily accessible across the continent. “In most central African countries, water is readily available and it is with this reason that there has been a strong drive to invest in hydropower in Africa,” he says.

De Rauville believes that although the capital costs of hydropower projects are significantly higher than those of alternatives, such as coal and gas power plants, hydropower operations are low maintenance and require little resources to keep them operational. Thus life time cost of power from hydropower plants is significantly cheaper than thermal power.

Many African countries have endorsed concessions for development to drive the private sector to develop such facilities to assist with the growth of countries sparking Private Public Partnerships (PPP). This assists government’s power utilities from the sole responsibility of developing their countries power infrastructure.

However obstacles like long gestation periods in hydropower construction which are characterised by long periods of negotiating with third parties and the construction of water reservoirs make it susceptible to political influence and changes, therefore leading to unforeseen risks. Delays in the pre-construction phase of many hydropower projects often result in costly budget and time overruns.

In South Africa, hydropower potential and therefore growth and adoption is small and occurring in micro components. When one looks at the rest of the continent, especially the central African region, the adoption of hydropower is happening at a more rapid rate and on a larger scale. Countries like Zambia, The Democratic Republic of Congo, Kenya, Uganda, Tanzania, Mozambique, Ethiopia and Sudan have several large hydropower projects either being investigated or under development. The west African region also has numerous developments underway.

“At present, there is great potential within Africa for hydropower development. This potential has seen various multi-nationals look to the continent to invest, develop, engineer and construct hydropower plants,” de Rauville says. 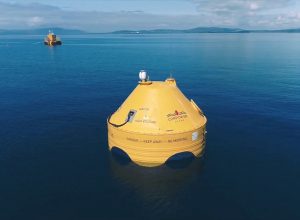