7 March 2013 – South Africa’s unemployment rate of 24.9% is certainly concerning. While job creation is a key goal of government’s New Growth Path economic blueprint, it was recently announced that it would likely not reach its target of creating five million jobs by 2020. Government also called on social partners, including labour and business to work towards the bigger picture as job creation is an issue of national importance that impacts every person.

While the economic blueprint identifies the core industries that would be in a position to address the issue, every industry has a role to play. Within the energy sector for example, photovoltaic (PV) – or solar – is a renewable energy technology that is creating jobs all along the value chain. PV systems convert the sun’s energy into electricity.

In fact, according to a fact sheet released by the European Photovoltaic Industry Association (EPIA), the PV industry creates three to seven direct jobs (those fully dedicated to the PV chain) and about 12 to 20 indirect jobs (supporting the PV industry) per megawatt.
For South Africa PV holds a tremendous opportunity. We have an abundance of sun and a great need for alternative energy sources which is showing continued, and escalating, growth as households and businesses realise the technology’s potential. Some of the growth drivers of PV systems in the country include the technology’s continued advancement, which has made it a much more affordable option that it would have been in previous years, and the year-on-year increases in electricity.

The EPIA fact sheet underpinned these drivers. PV has consistently outperformed expectations within the European region with an average 10% decrease of costs per year. This has resulted in an increased market growth of about 35% per year for the last 10 years and a continuous growth of global employment of 20% per year.

It is clear that, as a driver of job creation, the PV industry can certainly make a considerable contribution. More interesting facts as it relates to job creation: 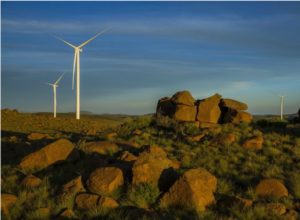