As part of ESI Africa’s global series of Excellence Awards, we are proud to award the 2011 ESI Africa Power Station Manager award for the African utility sector.

Challenges faced in today’s utility operating environment have never existed before in the utility industry.  Like all challenges, there are always people in the organization that look at these challenges as opportunities. One industry leader who has seized these opportunities will be recognized for their leadership and efforts at the 2011 ESI Africa’s Power Station Manager Awards.

The 2011 ESI Africa Power Station Manager award will be presented at the African Utility Week Conference and Exhibition  in Cape Town during the Opening Keynote Session
on Tuesday March 15, 2011

Power Station Managers in both electric and water utilities across Africa are eligible to be nominated and can be nominated by anybody in the industry. Nominate a colleague that has pulled off the seemingly impossible, or who taken a technology solution “to the next level.”

Each nomination will be reviewed by the panel of judges. The judging panel is composed of objective industry observers chaired by Jonathan Spencer-Jones (Editor of Metering International magazine).

Nominate a deserving winner who is shaping the power and water utilities industry today!

When nominating please include the following information:

Written Nomination Summary (500 words or less; any additional supporting figures, etc. can be included as an email attachment)

Note: The nomination should clearly indicate why the nominated power station manager  is successful and noteworthy. This can include data on improvements, benefits to operations, customers, regulatory compliance, and other related factors. 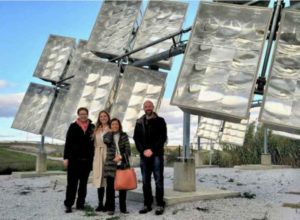