Energy and minerals minister William Ngeleja said in a presentation to parliament seen by Reuters today that the government was seeking loans from China to finance construction of a natural gas pipeline from Mtwara in southern Tanzania to Dar es Salaam, the country’s commercial capital.

Parliament had approved the government’s emergency power rescue package on Saturday. It expected to add 572 megawatts (MW) to the national power grid by December 2012, against the current deficit of 260MW.

Ngeleja said the state-run Tanzania Electric Supply Company (TANESCO) would spend 523 billion shillings (US$325.4 million) between now and the end of this year on emergency power, but would earn just 115 billion shillings (US$71.5 million) revenue from electricity sales during the period due to low power tariffs.

“Comparative surveys done in east Africa have revealed that Tanzania has the lowest electricity tariffs compared to Kenya and Uganda. TANESCO has been operating like a charity buying power at very high costs and selling it to its customers at low prices … we cannot continue on this path,”  he said.

“We are requesting TANESCO to send an application to the energy regulator, EWURA, for
tariff hikes. We will make the tariff adjustments when we are satisfied that power supply has become reliable."

Ngeleja said the planned tariff hikes would target mining companies and other large power users in the country.

“Domestic power consumers will not be affected by proposed tariff increases … tariffs will not be adjusted until we are satisfied that citizens receive electricity services and there is no power rationing.

The minister said the government would invest in thermal plants powered by natural gas, oil, jet fuel and coal in attempts at weaning itself off weather-dependent hydropower, which accounts for 55% of the country’s energy sources. 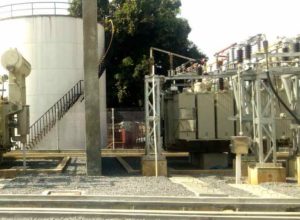