The paper “’ posted on the website of the International Atomic Energy Agency (IAEA) here “’ did not say whether Syria, which is under IAEA investigation over suspected covert nuclear activity, may also contemplate making its own fuel for such a facility. Any bid by Syria to launch uranium enrichment, like its ally Iran, would likely cause further alarm in the United States and its Western allies about Damascus’ atomic activities, as such material can also be used to make bombs if refined much more.

Russia said in May last year, during a visit to Damascus by President Dmitry Medvedev, that it was studying building an atomic power plant in Syria. Syrian officials have given no details since then, and none was available here today.

“In principle, building a nuclear power plant, as long as you don’t use it as a pretext to develop the whole fuel cycle, shouldn’t be a major concern,” said former IAEA head of global inspections Pierre Goldschmidt.

He pointed out that countries had the right to develop nuclear energy provided they complied with their commitments under the Non-Proliferation Treaty (NPT), and the facilities were under IAEA oversight. “Of course, Syria does not lead very much by example because they don’t allow the agency to access some of the sites the agency wishes to visit,” Goldschmidt added.

The IAEA, the U.N. nuclear body, has voiced growing frustration at what it sees as lack of Syrian cooperation with a probe into a desert site bombed to rubble by Israel in 2007. U.S. intelligence reports have said the Dair Alzour facility was a nascent North Korean-designed nuclear reactor intended to produce weapons-grade plutonium.

Like Iran, Syria denies ever having an atom bomb programme, and says Israel should be investigated instead. Saying Dair Alzour was a non-nuclear, military facility, it has refused to grant an IAEA request to revisit it. 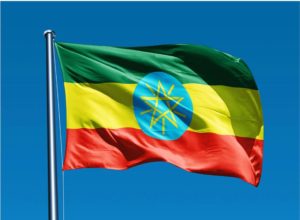