In Tanzania, international power developer Symbion Power is investing US$900 million in a new 600 MW gas-fired power plant in Mtwara region, in a move to show the company’s commitment to the country according to local media reports.

In an interview with a local newspaper, Paul Hinks, chief executive officer, at Symbion Power, confirmed that feasibility studies have been completed and “we are now moving to the next stages of project development”.

Mr Hinks indicated willingness to invest more in the country, saying that Symbion and other power companies from the US are ready to invest large amounts of money in Tanzania because they have confidence in its future.

He said: “Like everywhere, there are challenges, but we have never been deterred in expanding our business operations and investing more money.

As part of the deal, Symbion Power will partner with the national utility Tanzania Electric Supply Company (Tanesco) to also develop a 400kV transmission line that will run for 600km with the aim of connecting the entire southern region to the grid for the first time.

Symbion Power has already completed power projects in Tanzania for US foreign aid agency Millennium Challenge Corporation, which has poured about US$800 million into the East African country.

Mr Hinks said: “We constructed 2,000 km of distribution lines and 26 substations and this infrastructure is providing new power to people all over the country.”

Regarding Tanzania ending rampant power cuts, the CEO said that realistically it will take some time for Tanzania to be completely free of power shortages.

“But from everything we see now, the Ministry of Energy, Tanesco and Rural Electrification Agency are moving rapidly to a point where regular power rationing will soon be a thing of the past,” he declared. 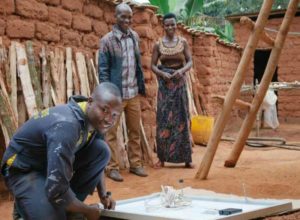