8 November 2012 – The Royal Swaziland Sugar Corporation (RSSC) is to invest some R400 million in energy projects. The rationale is that the Swaziland Electricity Company (SEC) sources 80% of its electricity from Eskom in South Africa and the price increases by the supplier have been passed on to consumers and businesses in Swaziland.As a result RSSC designed an energy strategy in 2009 to increase the capacity for internally generated power within each mill through the purchase of new electricity generators.

The strategy also seeks to identify techniques of increasing the use of bagasse as a supplementary fuel source and in so doing, reduce costs of electricity usage and eliminate production downtime at the distillery due to power failures from SEC.

The company has purchased the Mananga feeder line from SEC for R1.4 million and has upgraded it to enable this line to provide a reliable power source for irrigation of some fields. SEC, formerly Swaziland Electricity Board (SEB), until recently had a monopoly in the country’s electricity sector. Liberalisation of the electricity supply industry has allowed new players to participate in the sector, as illustrated by RSSC.

RSSC says that as the cost of electricity has continued to increaseit has found it necessary to rationalise its power network and position itself to fully benefit from its newly commissioned 30 MW turbo alternator. 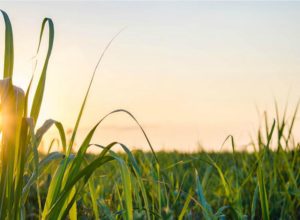