17 August 2012 – The Southern Times reports that a study has shown Swaziland Electricity Company (SEC) to be the most expensive power utility in the Southern African Development Community (SADC) region.

The average tariff figures for power utilities among SADC countries, released in May 2012 by the Southern African Power Pool, showed that SEC charges US11.5 cents per kilowatt hour (kWh), which is higher than other countries in the region.

This is by far the highest compared to other countries within the region, surpassing Zimbabwe’s Zesa at US9.8 cents per kWh and Namibia’s NamPower at US8.9 cents per kWh. (NamPower subsequently increased its tariffs by 17.2% on the first of July)

The study was carried out in May and was based on data compiled before SEC increased its tariffs by eight per cent on the 28th of the same month.

Sikhumbuzo Tsabedze, in charge of customer service at SEC, however, says that the study failed to take into account some factors such as domestic generation capacity. “The countries we are compared to have a larger domestic generation capacity than SEC. So, whatever power they import will be less than what we import. Countries like the Democratic Republic of Congo and Lesotho, for instance, have larger hydropower plants.”

More imported power and less domestic generation, as in the case of Swaziland, requires tariff adjustments to cater for exporter’s fees and domestic charges for distributing power. Tsabedze also says the study did not take into account the fact that the governments of other countries provided subsidies to their power utility companies. SEC no longer gets a subsidy.

In Botswana, the government last year provided the Botswana Power Corporation with a subsidy worth around R500 million. Further, Botswana is venturing into local thermal power generation. Other countries, such as Namibia, Lesotho and Zambia, have been able to keep their charges lower because they have big power plants.

Swaziland does not have a single major power plant and relies heavily on Eskom in South Africa. SEC generates no more than 10% of the national electricity needs – national demand of 200 MW at peak periods – through its hydropower stations, but this is subject to seasonal considerations. The dry, winter season means low dam levels and, therefore, reduced hydropower output.

Swaziland’s minister of natural resources and energy, Princess Tsandzile, recently revealed that the government’s minerals board was looking for a company to conduct coal exploration with a view to establishing a thermal power plant.

Tsabedze says, “It is difficult to comment on the time it will take before we attain self-sufficiency. In the case of the thermal project, we continue to engage all concerned parties and are hopeful that we will start soon, given the assistance we are getting, particularly from government.” He says that SEC continues to explore hydro generation options that could take the country to a level of self-sufficiency. 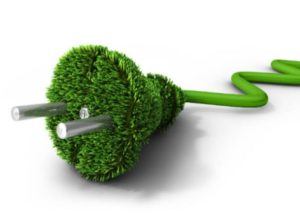