In Sudan, the Minister for Water Resources, Irrigation and Electricity, Dr Mohamed Abdul Baggi Siraj, has expressed concerns over shortages in power generation, and is urging for private investment in the energy sector.

Speaking at the opening session of a ‘Private Electricity Generation and the Future’ seminar, organised by the energy department with the participation of the private sector, Siraj said he is hopeful that the outcome will meet the increasing demand for electricity in the country, reports Sudan News Agency.

The minister noted that when basic infrastructure is in place then private investors might be encouraged to invest in electricity generation.

Siraj said power shortages were caused by a lack of resources to expand the electricity grid, the need to secure fuel for electricity generation, and the difficulty in repaying financing funds.

He said another pressing issue was the complete stoppage of some electricity generation projects such as the 42MW hydroelectric Fula-Nimule power station located in Nimule, Eastern Equatoria State.

Fula-Nimule ceased operations due to lack of funding, which resulted in failure to repay outstanding grants services.

The minister gave insight into the country’s 2016 plans to develop a small thermal power plant, producing 50MW at a projected cost of 2 billion Sudanese pounds ($329,490,180).

Other plans include the completion of hydro power plant at Atbarah River, and restarting the Red Sea Electricity Generation Project.

The undersecretary at the ministry Musa Omar Abul Gasim said power generation increases by 14% yearly, and the current annual consumption stands at 260MW.

Gasim added that these figures could reach 3,000MW, but would require an estimated $2 billion annually to meet production cost. 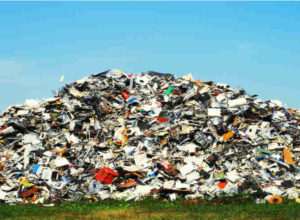