This has been announced by the director general of EWSA, Yves Muyange, during a press conference at the utility’s headquarters here.

According to Muyange, the programme which will be known as Times of Use (TOU) will mainly target processing plants and factories.

He said that the project was still a proposal adding that they had submitted it to Rwanda Utilities Regulatory Authority (RURA) and the Ministry of Infrastructure for approval, and once approved, implementation could begin next month.

“Our industrial customers consume around 30% of the total power produced and the objective of this project will be to give incentives to major consumers not to consume electricity during peak times by shifting their production schedules to off peak times,” Muyange said.

The peak daily demand for electricity is between 5pm and 11pm  and clients like households face challenges of load shedding during this time because it’s the time industries use too much electricity.

He said that they would offer industrial customers a decrease of 24% on the existing tariffs.

The official added that generating power during peak hours was very expensive, adding that mobilising industries to consume less electricity during the peak would enable EWSA save substantial power

"With a more competitive electricity tariff, Rwanda will be able to attract more industries to invest in the country and existing ones to expand their business operations," Muyange said.
Various consultations have already been carried out between EWSA, industries, the Private Sector Federation (PSF) and the Ministry of Commerce about the move.

He said that the programme was still a draft but noted that it was something they wanted to put in place in the very near future, saying they had already submitted their draft to the regulator and Minifra to consider for implementation. 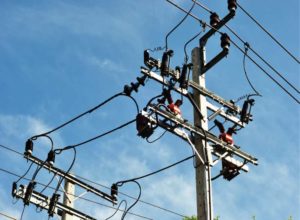