Joe De Beer, the Director General responsible for Economic Statistics at Stats SA, explained that one of the reasons for the drop in purchases could be a direct result of the challenges that power utility Eskom was experiencing, where generation shortages led to less supply against a high electricity demand, SAnews reported.

De Beer said another contributing factor to the declining statistics was that with increasing electricity prices, consumers have opted to seek alternative sources of electricity.

“Electricity is more elastic than what water would be because in households, everybody is trying to find alternative sources of electricity,” he said.

De Beer said the purchases of water by municipalities went up by 2.8% in the quarters under review, while water sales dropped by 3.7%.

Among the reasons why more water was purchased, include that it is an essential resource – even if the price was to go up notably, people still need water to survive.

De Beer added: “Water is what economic terms call price elastic. The price of waters changes a lot but it doesn’t really change your behaviour, you still bath, you still drink water, you still water the garden.

“So if the price of water goes up, it will be very difficult for household to change their consumption of water.”

A provincial analysis shows that Gauteng remains the biggest purchaser of water followed by KwaZulu-Natal, North West and the Western Cape.

According to De Beer the biggest contributor to total municipal revenue in the quarter that ended in March 2015 was through grants and subsidies.

Grants and subsidies contributed 27.8% to the municipal total operating income, while electricity sales were the second biggest contributor at 25.8%.

Property rates collected from residents contributed 17.0% to municipal purses, while other income – such as fines, licenses and permits, public contributions and donations – made up 13.6% of the income. 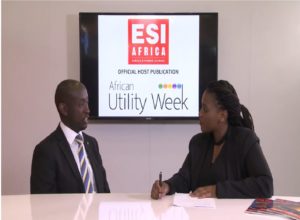 Getting to the crux of customer engagement