20 November 2012 – Plans for the first Desertec cooperation project between European Union (EU) member states and Morocco have stalled after Spain failed to attend the official signing of the agreement. Representatives from Morocco, France, Italy, Malta and Luxemburg travelled to Berlin in November 2012 to sign a memorandum of understanding with Germany to begin work on a large-scale solar and wind power project in Morocco.

However, the signing had to be put on hold after a representative from Spain, a crucial participant, failed to show.The business case for a Desertec reference project had been prepared by the Desertec Industrial Initiative (Dii) and the Moroccan solar agency Masen.

PV-tech reports that the project had been extensively discussed for the past two years with Spanishcompanies, the transmission system operator Red Electrica and the European Commission, and declared feasible.

Dii CEO, Paul van Son, says, “I’m confident that the other partners in this negotiation, from Morocco and the EU states, will be able to convince Spain soon as Spain could profit a lot.”

The resulting 100MW photovoltaic power plant, 100MW wind power plant and 150MW CSP power plant are due to export electricity to Europe. Spain is a key participant in the Desertec project since a major transmission line connecting North Africa to Europe would have to go through Spain.

This latest setback comes shortly after Desertec member company Siemens announced it would withdraw from the solar industry and from the Desertec project. 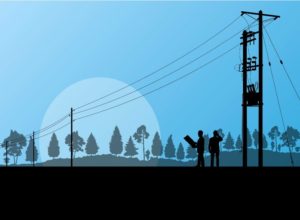