This growth was driven by the South African renewable energy independent power producer programme (REIPPP) and increased spending on electrical infrastructure across the African subcontinent.

The CIG group reported a 27% growth in revenue to R970 million. Trading margins remained unchanged at 26.6% as management continued to focus on maintaining efficiencies, supply chain initiatives, geographic and project mix at its power subsidiary Conco.

Conco contributed 85% of CIG’s revenue for the six month period and secured a17% increase in its order book to R2.1 billion. As predicted, the high demand for renewable energy had a material impact on the business and the division won R800 million worth of work for renewable energy projects as part of the first round of the Department of Energy’s REIPPP.

A high growth rate continued in Africa and the division won tenders to build and upgrade electrical substations in countries including Angola, Mozambique, Tanzania, Botswana, Ghana and Zambia. Market demand remained robust and significant work and tenders were submitted to global resource companies and African utilities.

The South African municipality market, a key market for Conco, remained disappointing and activity levels in this sector continued to decline.

CIG CEO, Raoul Gamsu, says, “The group is strategically positioned to service the growth and high demand for power and electrification infrastructure to the African power market.

The substantial backlog identified in South Africa’s National Development Plan, renewable and conventional power expenditure offers sustainable longer term growth opportunities for the group. The current order book at Conco together with higher than expected levels of bidding tenders awaiting adjudication  and  prospects places the group on a solid foundation to continue on its growth trajectory. 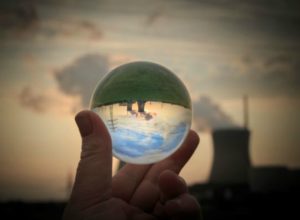